The Achievement Awards are primarily about recognising those who put in the effort and do their best.

A student is nominated every month at TGSB by their peers for their hard work and efforts. A student can qualify for an award in a variety of ways for example overcoming adversity, contributing to the life of the school, personal and/or academic achievement or for their contribution to the local community. Each winner receives a grant of £250 to spend to benefit the school and organisation. Previous winners have helped fund extra-curricular trips, curriculum resources, form group trips and much more. As part of their achievement award they will join a Jack Petchey Committee with like-minded students to inspire the rest of the school.

At TGSB, we are proud to be part of such an exceptional scheme that values the achievements and challenges that our students are presented with throughout school and young adult life.  Therefore, we would like to share the achievement of our students and staff with you.

Our Winners have been:

Jack Petchey's “Speak Out” Challenge!’ is the largest speaking competition for young people in the world. The students have the opportunity to talk openly and honestly on any subject they feel strongly about.

This Autumn, 60 of our Year 10 students will be given the opportunity to receive training in the skills of public speaking and effective communication from a professional trainer. It all starts with a one-day workshop in school. The workshop finishes at the end of the school day with every student delivering a speech they have created from scratch to their classmates and a small panel of judges, usually a couple of teachers, who select top-quality speeches. 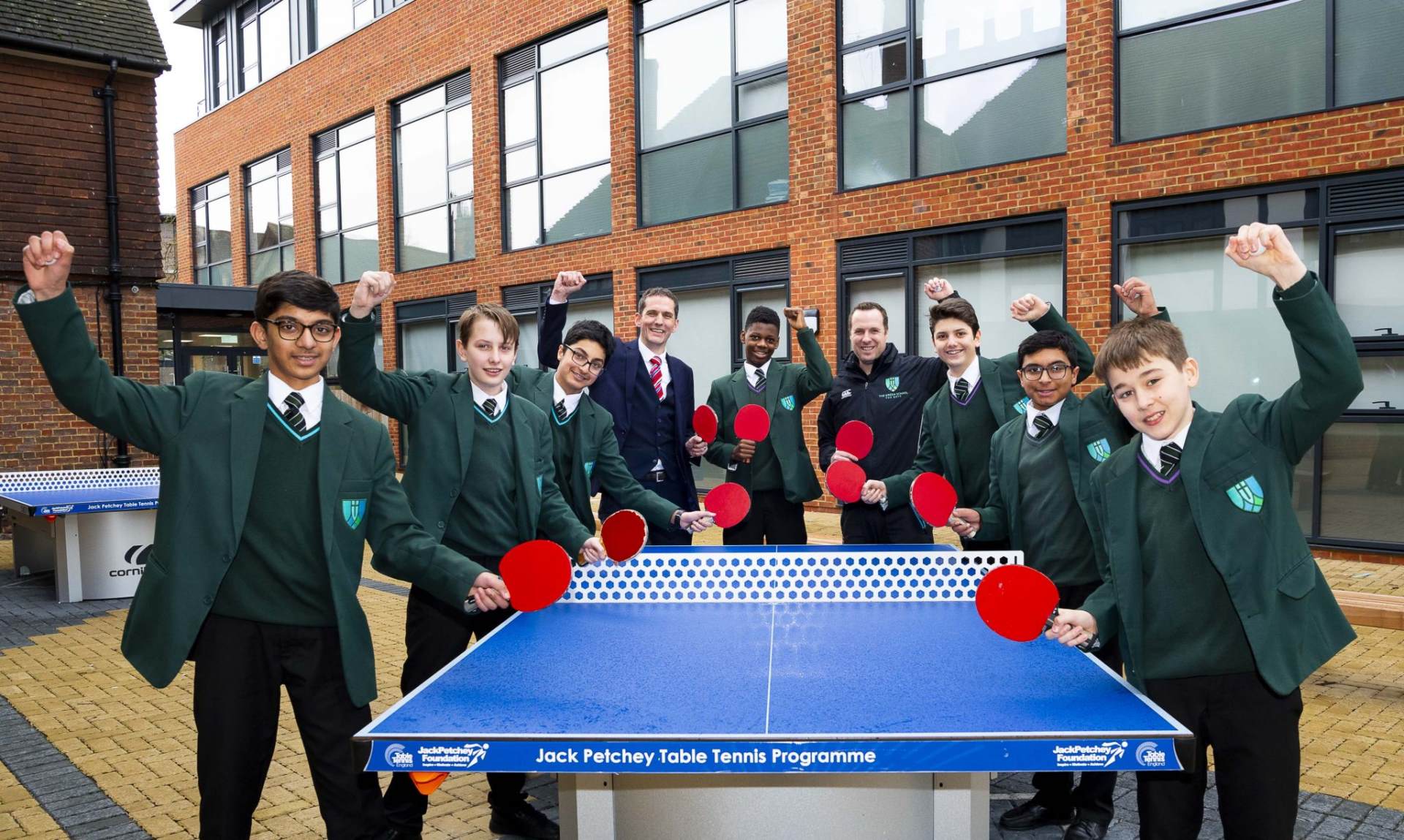 When the school opened in 2017, we faced a challenge with limited outside space whilst our new building was constructed. We accessed the scheme run by Table Tennis England in partnership with the Jack Petchey Foundation to provide an opportunity for schools looking to grow table tennis participation amongst young people, during and after school hours to acquire new table tennis equipment. The scheme offers the ability to purchase heavily subsidised indoor and outdoor table tennis tables together with an equipment and electronic resource pack. The Green School for Boys have been able to access equipment in this way, alongside donations of equipment from the school governors to really drive table tennis as an accesible sport for all students at the school.

This access and opportunity has seen performance levels rise and in 2018 we became U13 Table Tennis Champions in Hounslow Borough, a title which we retained in 2019 alongside the title of U15 Champions. We have also performed well in the Jack Petchey Team Table Tennis Championships, progressing through the local rounds to represent the London Region at U13 level.